Ayahuasca to end drugs. Article from the Spanish newspaper El Mundo (The World)

The qualifier that accompanies ayahuasca changes depending on who is asked. The indigenous people say it’s a plant of power, a very potent medicine. Scientists, two things: a substance that alter consciousness and that when misused can be dangerous, or a drug that can fight other drugs. Maybe everyone’s right.

It’s the Amazonian concoction increasingly used in therapies to heal post-traumatic disorders and depressions. There are already projects in which it’s used to treat the repercussions of war veterans.

Half a cup contains ayahuasca. It looks like foamy chocolate. With the first sip a tingle is felt behind my ears. The flavor is unpleasant. In half an hour, the action of this indigenous concoction activates a state of perception similar to a dream. The doctor in Anthropology and Ethnopsychology, Jose María Fericgla, says that this beverage opens the doors of consciousness to access the unconscious, provoking a vision of the internal state of the person. The reporter who tries it experiences a journey through emotive memories of his childhood through a vision of the fire in the fireplace in his grandparents’ house. The woman’s voice he hears inside him tells him to continue to be happy.

That interior voice was the one that convinced Marcos the Spaniard to quit cocaine. He did it in a community called Cielo de Mapia (Mapia’s Heaven) in the Brazilian Amazon. “I could see all the damage I was causing my family because of drugs”, he explains. The same voice got the North American war veteran, Ian Benouis, in the Peruvian jungle to not commit suicide because of the disorder he suffered after returning from Iraq. It also succeeded in the Brazilian city of Ji-Paraná’s jail to reinsert convicts into society. Like Nelson, who stopped doing armed robberies to engage in upholstering sofas.

The use of ayahuasca is trending. As much in the scientific realm as in the spiritual and as the medicine in fashion in the new age of the therapeutic community. The first vegetable with which it’s prepared is a vine called Banisteropsis Caapi. The second ingredient, the Chacruna (Psychotria viridis) is a bush that contains dimethyltryptamine  (DMT), a natural psychoactive compound that induces visions. This causes an altered state of consciousness that helps many psychiatrists and psychologists to deal with post-traumatic stress disorders, emotional problems, criminal behaviors, and addictions to drugs. But this substance is what makes ayahuasca currently live in an ambiguous legal situation. It’s banned by the United Nations Psychotropic Substances Convention since 1971. But the International Narcotics Control Board, the UN’s drug control organism, explains in one of its last reports that some herbal concoctions such as ayahuasca are not subject to audit.

As a religious sacrament, its use in Amazonian churches is spreading increasingly around the world. In Spain, the first contact with ayahuasca was 30 years ago when the Amazonian religion Santo Daime founded its first church in Madrid. Now, there are increasingly more ceremonies around the country in an organized manner. The demand to drink this concoction has grown notably, in the religious context and in multiple spiritual retreats.

Here, its import Is illegal, but since 2003, always within a controlled consumption in a context protected by religious freedom, its use is allowed. In other countries like France or Belgium it’s totally forbidden.

The beverage is prepared in a decoction of two of its vegetable components. Those who follow the shamanic tradition collect the plants in full moon, clean the bark and boil it for around 12 hours in 50 liters of water. According to doctor Fericgla, there are 5,000 indigenous recipes to make this infusion.

To get to the bottom of the story one must take three flights from Madrid and fly to the Brazilian city of Río Branco, entry door to the Amazon and land of the popular ecologist leader Chico Mendes. There, in the Universidad Federal de Acre (Acre Federal University) was held the past 2nd of October the World Conference on Ayahuasca. An event organized by the ICEERS Foundation, a scientific institution based in Barcelona, advisor at the Economic and Social Council of the UN, which studies traditional psychoactive plants and their use as a therapeutic tool. The first conference took place two years ago in Ibiza, and was sponsored by the UNESCO. One of the authors of these sessions that lasted for a week is Óscar Parés, philosopher and anthropologist with a Masters in Drug Addiction by the University of Barcelona. “How, en the world of ayahuasca, there are a lot of diverse people. It has filled a void in our society to which people resort with different motivations, be it searching for spirituality, a medicine, or an experience”, explains Óscar.

Close to 700 people have attended this year to hear the lectures from more than 100 experts from around the world who exposed different points of view and uses of ayahuasca. From doctor, anthropologists, pharmacists, psychologists, and even representatives from most of the tribes that live in the Amazon basin in South America.

Among them we find a Peruvian shaman that helps heal war nightmares. His name is Carlos Llenera and in the Peruvian Amazon has a project to treat depressions and post-traumatic stress of war veterans of the United States through ayahuasca. A problem for the country now presided by Donald Trump who, in his first speech as president, promised to help these soldiers in their recovery. Because it’s too common that thousands of soldiers start an internal war that they end up losing. It’s esteemed that every day 22 of them commit suicide. “It’s a tragic national epidemic”, said the ex-president Barack Obama.

“Ayahuasca is a very strong therapy for them, because in their heads they relive the gunshots as much as the memories of companions they lost in the war. But it’s effective because thanks to that plant they can expel all those bad memories, perform a spiritual cleanse and appreciate life”, explains Carlos. His project started a year ago when he met Ian Benouis, an ex-pilot of the North American Austin armada. “I invited him to do a ritual. The man was destroyed by all the innocent people he had killed in the war, he cried inconsolably throughout the ceremony, and when he finished he felt relieved and motivated, like reborn”, tells Carlos. Ian like the experience so much, that he convinced some of his companions to go to Peru to live spiritual retreats with ayahuasca and fasting to cleanse the body. Since then, Carlos has received three groups of 25 veterans. “It’s a good and fast way to treat emotional trauma. And it works better than any of the pills for depression they have given us”, assures ex-marine Ryan LeCompte.

Carlos’s next project is to adapt the center in the middle of the jungle to treat mutilated ex-veterans. Even the popular North American TV channel HBO has contacted him to record a documentary.

The next journey through therapeutic ayahuasca we do it in the prison of the city of Ji-Paraná, in the Brazilian state of Rondonia. There, psychologists from the NGO Acuda, have been performing shamanic ceremonies since 2012 with this beverage for the convicts. They say it’s effective for their insertion in society. “Of the 200 inmates we have treated, 80 are outside the prison perfectly reinserted”, explains Edilsom Fernandes da Silva, one of the fathers of this project. “Ayahuasca and its combination with practices like meditation, yoga or reiki, have been more efficient than the other conventional psychological treatments we have tried”.

Nelson completed his 8 year sentence for several robberies. He was one of the convicts that went outside of jail once a month to go to the Santo Daime church, a syncretic Amazonian religion that combines indigenous, Christian, African and spiritist traditions. In their ceremonies the beverage is taken like a sacrament invoking a purpose at the time of the intake. “Thanks to her I could see that I had chosen the wrong path”, tells Nelson. The same says Celmio, who completed a sentence for murder. “I could communicate spiritually with my victim and ask for his forgiveness”

Our last stop is the place where many Spaniards with drug problems –among them famous actors and musicians- have gone to detoxify. It’s called Cielo de Mapia, a small and orderly community next to one of the great tributaries of the Amazon river, south of the Brazilian jungle. From 2001 to 2009, the renowned Catalan psychiatrist expert in addictions and director of the CITA (Center of Addiction Investigation and Treatment), Josep María Fábregas, opened an exclusive detoxification center in the middle of the forest, in a place called Prato Raso. Here he started to treat people addicted to cocaine and heroin with ayahuasca. One of his most known patients was the writer Giovanna Valls, sister of the French prime minister Manuel Valls, who left there her addiction for good just as she explains in her autobiographic book Aferrada a la vida (Clinging to life).

DETOXIFYING IN THE JUNGLE

In a beautiful natural and wild landscape surrounded by several wood cabins, groups of 13 people are unhooked from their addictions doing capoeira, meditations, long hikes, canoeing and works with ayahuasca every Saturday accompanied by music. Everything is supervised by a team of a medic, a psychologist, an anthropologist and a therapist.

Now, the best known rehabilitation center in the world is Takiwasi, The House that Sings, in the Peruvian city of Tarapoto. It’s managed by the French doctor Jaques Mabit, one of the founders of Doctors Without Borders and investigator of the traditional Amazonian medicine. “This substance, when taken in adequate conditions, allows the patient to visualize his inner world and know himself in the form of visions, sensations, perceptions, a heightening of intelligence and critical capacity”, says Mabit.

“For the indigenous people, illnesses are like spirits, like possessions that go through our bodies and can even submit them, as is the case with drugs. With ayahuasca, the individual can free him/herself of those possessions and find him/herself again and strengthen in him/herself.”

The use of ayahuasca, accompanied by a psychotherapeutic treatment and an organic diet, is growing around the planet and scientists are beginning to harvest data and studies that can change the focus of some treatments.

Ayahuasca International holds Inner Evolution retreats with therapeutic use of Ayahuasca in several countries in Europe. For bookings or to request any further information call to +49 (0) 171 987 6655 (also available by whatsapp) or write to [email protected] 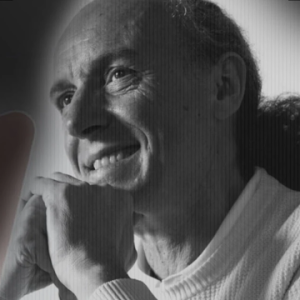 PrevAnteriorNEW HOLISTIC EPICENTER IN THE NETHERLANDS. Dates and program of activities with Ayahuasca, Bufo Alvarius and psychotherapeutic integration.
SiguienteANDRES CORDOBA AND Alberto Varela together IN THE SAME CAUSE: BEING ONESELF. The deepest recognition from an Argentinian to a Colombian.Next

Ayahuasca to end drugs. Article from the Spanish newspaper El Mundo (The World)

AYAHUASCA: DRUG OR MEDICINE? The qualifier that accompanies ayahuasca changes depending on who is asked. The indigenous people say it’s a plant of power, a