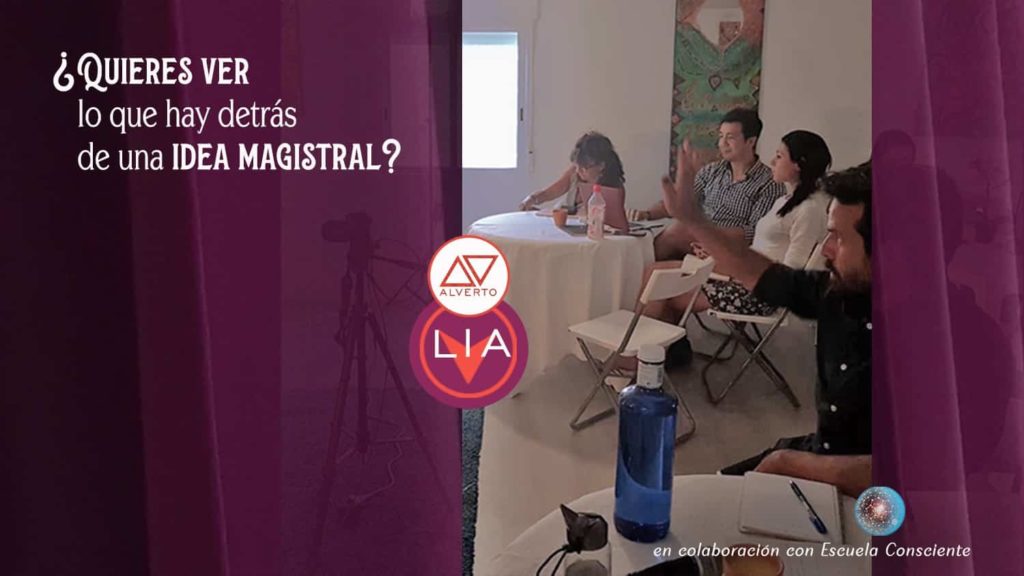 Sign up for a session at the Alverto Investigation Laboratory.

The consciousness laboratory led by Alverto has been opened. They are live workshops (face-to-face or virtual) lasting 3 to 4 hours where it is openly exposed how the kitchen of the Conscious School works, where words, meanings, texts, experiences, questions, answers, knowledge, reflections and understandings, to create the conditions that allow access to life issues from a transcendent vision.

It is the backstage of Alverto’s study method, which he shares with all of us so that we can glimpse the learning model he uses and which allows him to prepare the classes, workshops and retreats that he gives around the world.

We could call it: PHILOSOPHICAL GATHERING, DIALECTIC EXERCISES, PLATONIC DIALOGUES, OR MYSTICAL ENCOUNTERS, but Alberto calls them  LABORATORIES OF INVESTIGATION, where de-identified observation and objective analysis of the issues produce an openness to the discovery of new and transgressive ideas. If we allow them to circulate through our consciousness, original comprehensive synapses will be produced.

Alverto carries out a work of EDITING THE UNCONSCIOUS through language, to deprogram the automatic commands that direct people’s lives and make them suffer.

Everything that is discussed in these workshops does not have any order or program, it is brainstorming, like brainstorming, which, when processed from a state of openness to the new, enables us to create paths of access to the unknown, going beyond the mind and reason, skipping the boundaries of the rational or intellectual, to take a step into the mystery.

Once inside that amazing space, where the brain is liberated from the influence of the conditioning of the mind, it makes itself available from purity to deliver new and revolutionary insights.

This workshop is not therapeutic because there are no returns or integrations, but only a game of talking, writing, investigating meanings, exposing what happens to us, asking questions, but not to find answers but to enter into the nature of the questioner . Participants who need to integrate what moves them in these workshops can count on the assistance of our Conscious School mentors and be attended virtually or in person as an option added to the workshop.